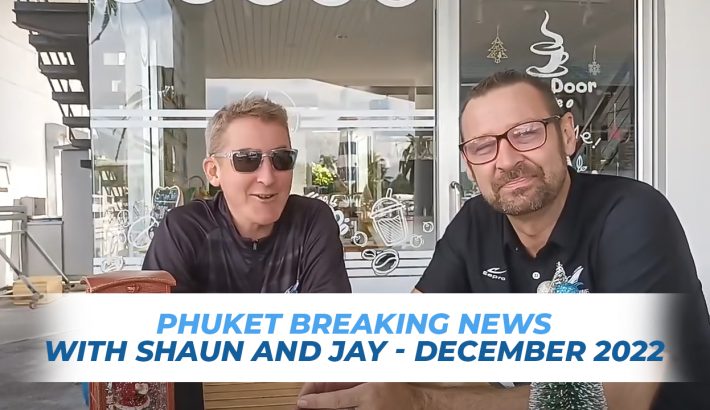 The latest Phuket News for December 2022 is brought to you by 5 Star Marine Phuket.

Join Shaun owner of 5 Star Marine Phuket, and 5 Star Marine Phuket YouTube host Jay Leshark as they discuss the latest Phuket News and update you on the current Phuket weather, Phuket roads, travel, and which islands are open and ready for you to book a tour.

Phuket has two main weather seasons, and if you are looking for the time of year when you get the least amount of rain in Phuket and the most amount of sun then high season is between November and April. Now that doesn’t mean that during these months that the sun is shining every single day, and you have to remember that Phuket is in the tropics and so we get tropical weather, which can mean the odd rain shower here and there.

One thing we also have to explain to people when they come to Phuket is that just because it’s raining in one location in Phuket, that doesn’t mean that it’s raining over the whole of Phuket. In fact; you can be driving down the road and one side is 100% dry and no rain at all, and on the other side of the road it’s raining.

If you have booked a 5 Star Marine Phuket private boat tour and you are worried about the weather, we have some top tips for you.

If you are staying in Patong and it’s raining on the morning of your tour, don’t worry as Patong is on the West Coast of Phuket and your tour is going to the East side of Phuket and the weather can be very different. Phuket has lush jungles and mountains in the middle of the island which have huge effects on the weather in Phuket.

A month or so ago the road between Kathu and Patong collapsed due to a landslip which was an effect from all the rain and flooding that we had at the start of November. You would have seen all the floods that we had. This road was a vital connection between the West and East of Phuket and the Patong Hill Road collapsing caused major transport and traffic issues on the two other routes that take you into Patong. Traffic going or coming into Patong had to go either south down the West Coast through Kata and Karon or North up the West Coast through Kamala and Surin. This did cause a few longer journeys for many locals and tourists BUT now the Patong Hill Road is open for what they are calling “Light Traffic” Please do not ask me what “Light Traffic” is, as I have no idea. BUT the good news is that mini buses, cars, motorbikes and light trucks (not sure what that is either) are now all allowed to use the Patong Hill Road, which is very good news as we are now coming into Peak Season.

Some super great news. The past few years have been difficult for many people, however the marine life not only here in Phuket, but across the world seemed to have really benefited from the past few years. So much so that the Phuket pod of dolphins has grown and are much more active than they were 3 or 4 years ago, and even more amazing news is that humpback Whales have been seen in the past few weeks up in the Similan islands as well as a small pod of orca’s (Killer Whales). This adds to the already stunning marine life we have here in Phuket, with the sea turtles, Whale Sharks and Rays. This is just a small amount of the stunning underwater life you can see here in Phuket; I have not even mentioned the Black Tip reef sharks at Maya Bay, the clown fish, the moray eels, Star Fish, Parrot Fish, snappers, and so much more. We are so lucky to live in such a stunning location.

If you want to see some of these stunning animals then book up quickly and some of these beautiful marine creatures are only here for a short time. So click here NOW to book.

Just one fact for you – Killer Whales are Dolphins. That’s right, Dolphins. 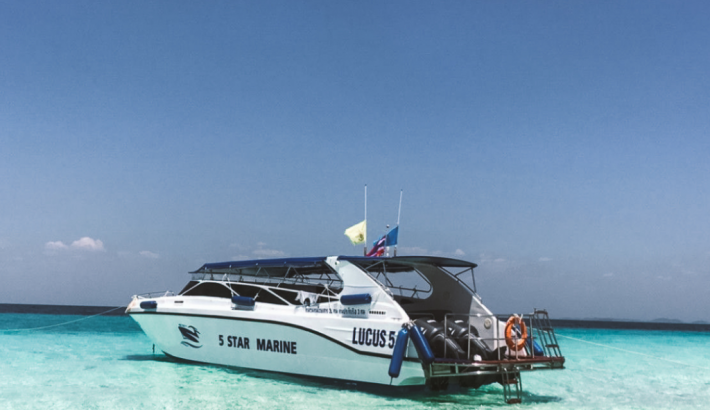 All Good Things Must Come to an End 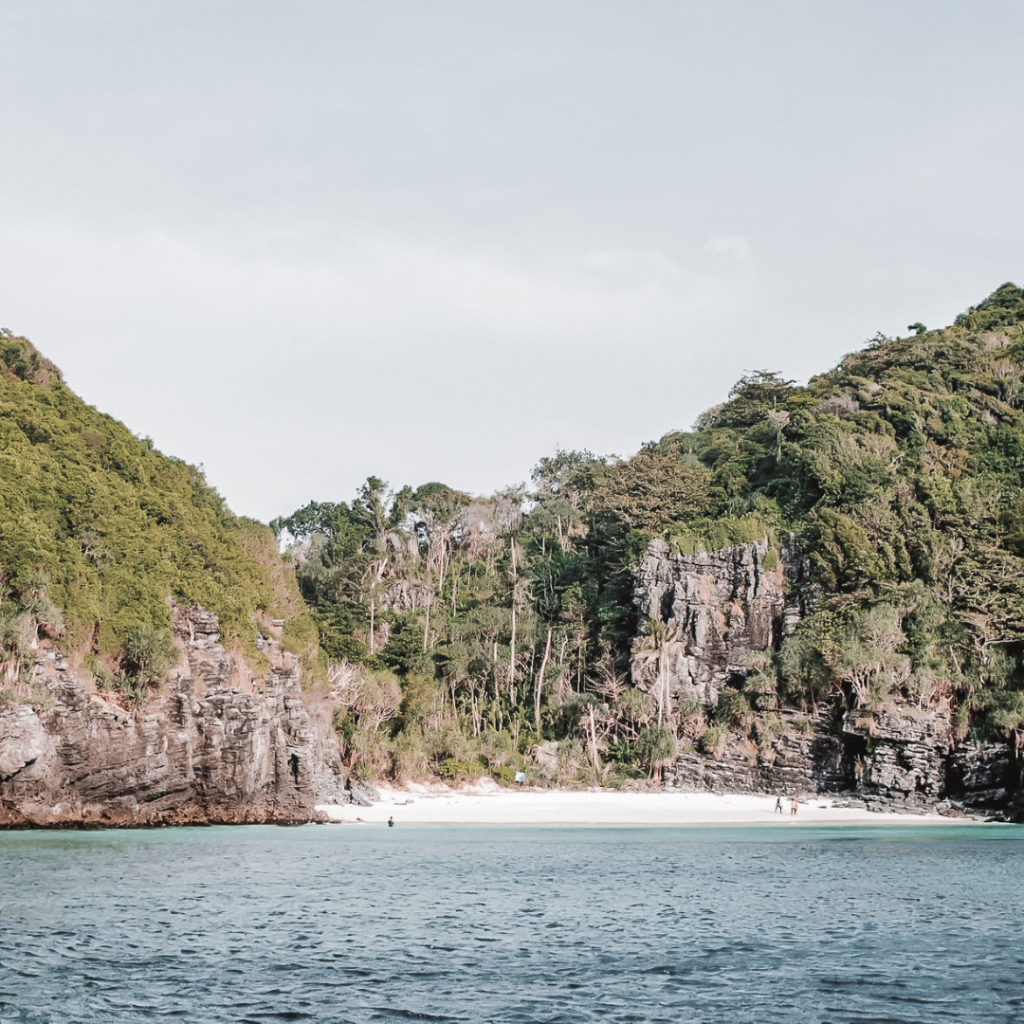 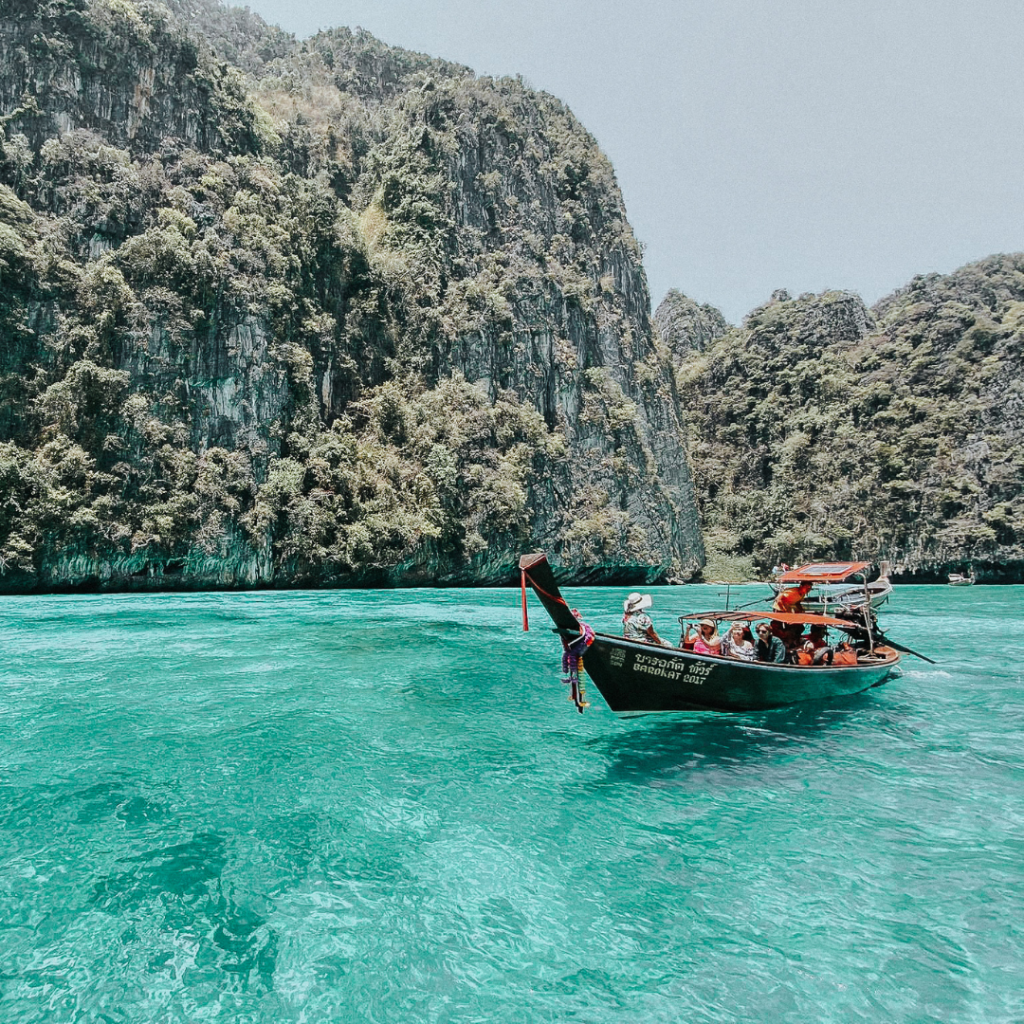 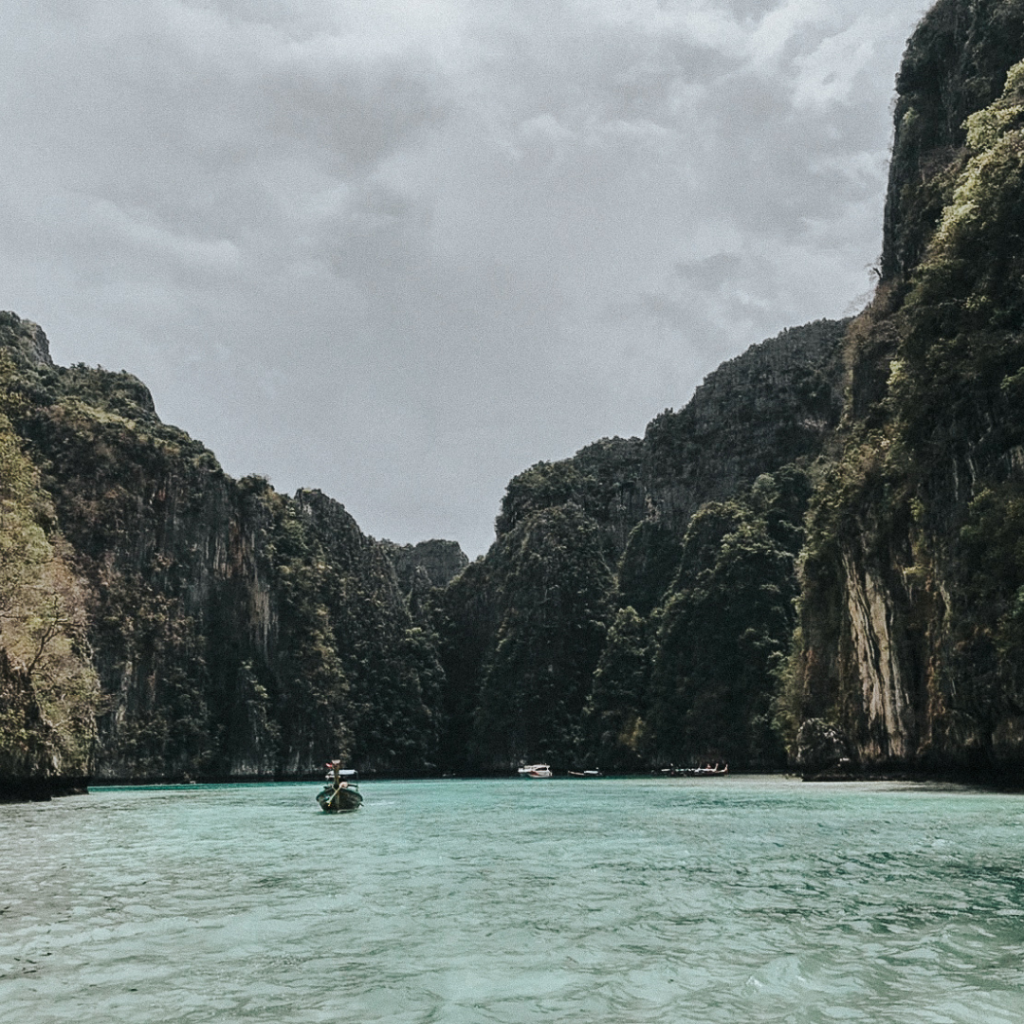 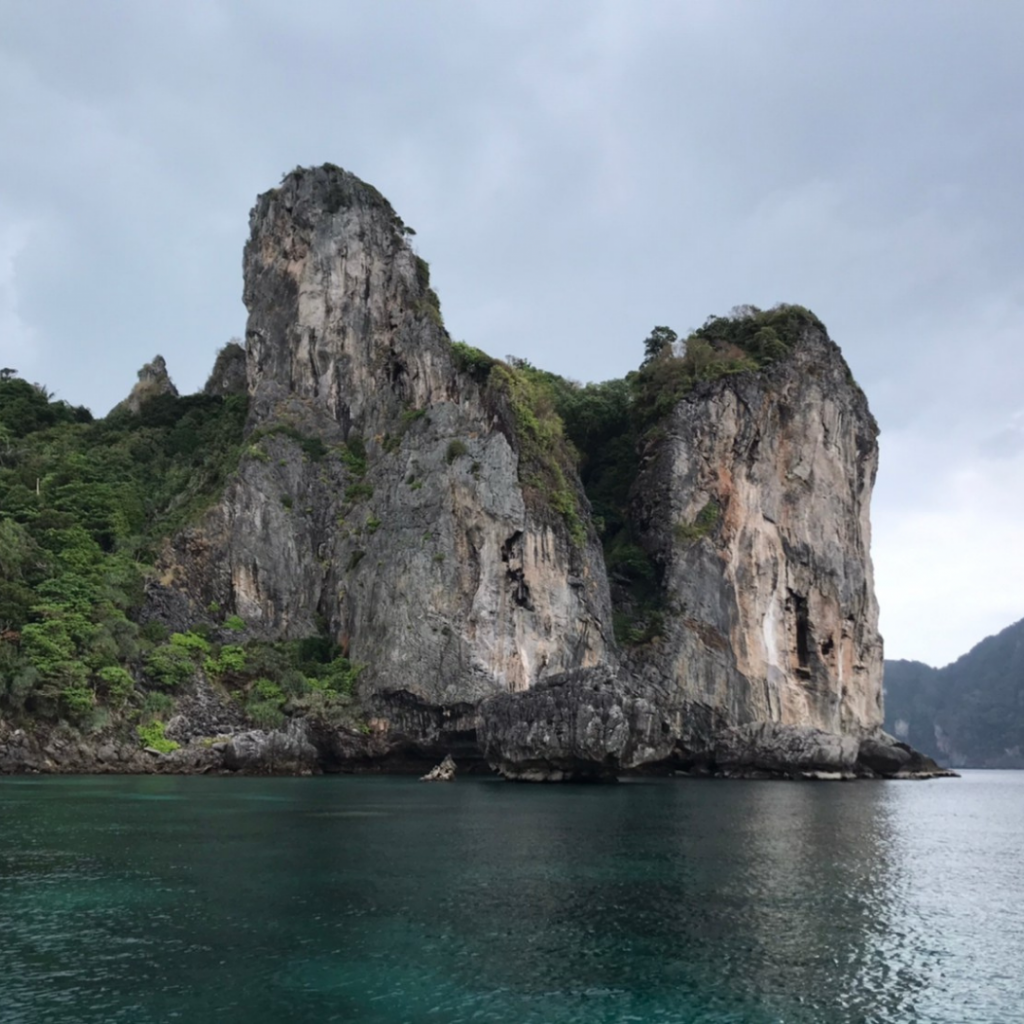 Last Chance Tourism isn’t a new concept. The enthralling social and psychological notion has been around for several years, feeding tourists with a desire to visit or experience a place at risk of vanishing, (or altering due to climate change), while they still can. Now, I am not suggesting that Thailand is about to disappear, however, a huge shift is most certainly on its way, so this might well be your Last Chance Tourism window of opportunity.

With a strong push by the Thai government to reopen Phuket by this summer, and a relaxation in minimum mandatory quarantine days for vaccinated travelers starting imminently, it is inevitable that tourists will be coming back.

So, for those of us in or around Phuket right now, we do have a small opportune timeframe in which to enjoy these islands in all their natural beauty, minus the crowds before the tourists return. April bestows fantastic water clarify to us also, which makes for an even more memorable day out on the water especially if your private VIP trip fancies a spot of snorkeling. Towards the end of April / beginning of May, this will all start to change.

Which islands around Phuket are on your bucket list? Maybe there are some on your list that you have never been to. Or perhaps you have already been to one of the islands, however, it was so crowded with tourists that it just didn’t live up to your dreams. So, take the time and take the opportunity NOW while you still can, as this literally is your last possible chance to experience the islands around Phuket in peace and quiet, before the rainy season, rougher seas, and borders reopen.

Put simply, why not embrace last chance tourism and make the effort to see somewhere you’re unlikely to ever see again in its present state? 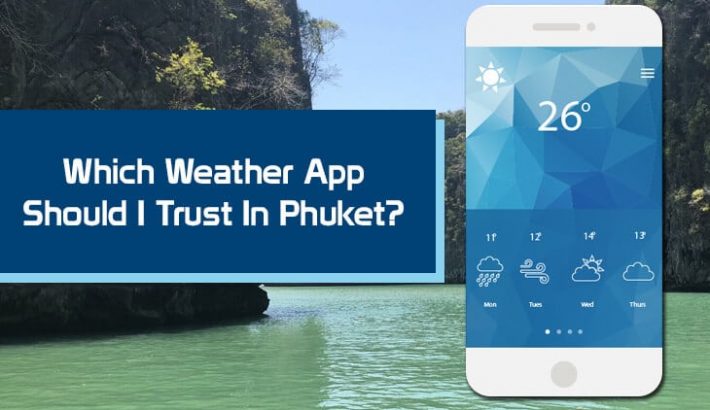 Which Weather App Should I Trust In Phuket?

Often we have guests ask us via message or at one of our agent locations across Phuket why the native weather applications on iPhones or Android devices often predict rain each day but the predictions are incorrect.

The answer is difficult, to be honest. When we are running Private Boat Tours we often use a combination of applications to predict the weather and then on the day of a tour we will also use a number of other applications as well.

When it comes to forecasting rain or sunshine a lot of people make the mistake of taking the forecast for Phuket and applying it to the island destination that they are intending to visit.

For example, we may have a forecast for rain in Phuket, but no rain in Phi Phi. So it’s important to look at the correct forecast model, for your intended destination and then also check things like wind condition, radar, tide, and waves.

For each of these things we use different apps as in our experience, no single app gives you an accurate prediction of Phuket’s weather conditions.

Often we can be out on the boat in beautiful sunshine snorkeling while our offices in Phuket are being drenched with torrential rain. A good Private Boat Charter company will be able to tell you the best time to leave the pier, the best time to come back, and how to avoid the rain.

Where a Group Tour provider is restricted by route and Gasoline allowances, this is not something that you will find here at 5 Star Marine. We will adjust programs to suit weather conditions and ensure you are a smooth, comfortable ride.