Home 5 Star Marine News Rustic And Blue By The Sea

Rustic and Blue by the Sea is one of Phuket’s top restaurants and Jay Leshark heads down to Rawai to check out the food and chat with the awesome owner K.Meen and gets to try the Pumpkin gnocchi. 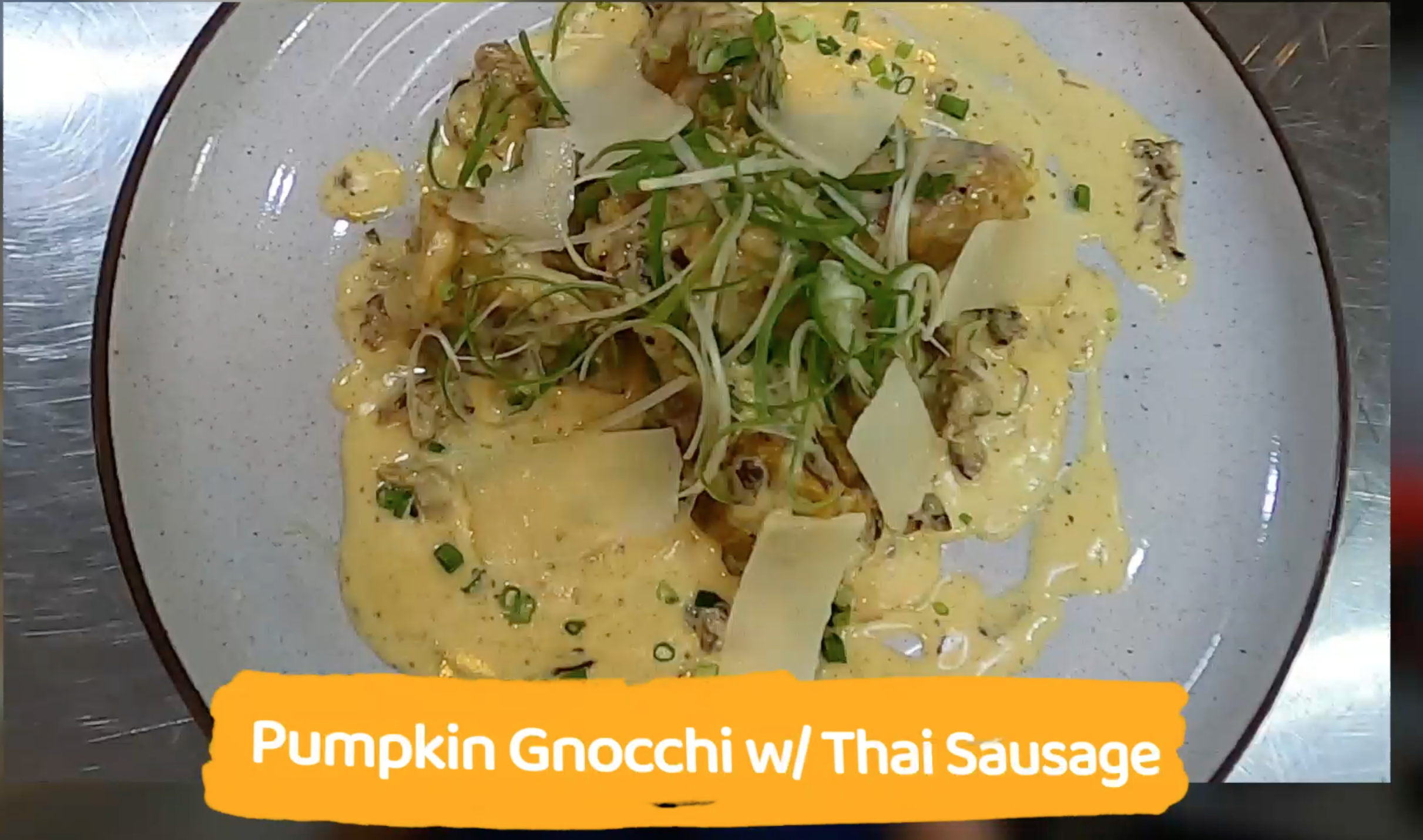 Rustic and Blue by the Sea is set on a hillside in Rawai Phuket, and has stunning sea views overlooking the very South of Phuket. Rawai Beach can be seen from the restaurant as can all the Long Tail Fishing boats that come in daily with their fresh catch.

Rawai and in fact the whole of the South of Phuket is quickly becoming the food capital of Phuket, with a host of new and exciting artisan restaurants opening up. It started a few years ago when RAW and Vegan food started to gain popularity and since then vegan cafes and restaurants have popped up all over Phuket, but the South is where the main focus is.

But it’s not just vegan food that is a big hit in Rawai, artisan coffee shops and cafes are everywhere, and with the easing of the laws on cannabis products, this is now becoming the next growing food and drink trend in Phuket.

Rustic and Blue by the Sea

Opened in 2014 Rustic and Blue by the Sea works closely with local Phuket farmers and producers and brings nourishment to the body and soul, and brings friends, family, and people together.

Whether it’s a brunch or dinner party, or casual catch-up with mates, the Rustic and Blue by the Sea menu has food for everyone and every occasion.

Reservations are encouraged but are not required.

There are many other interesting things to do in Rawai, besides relaxing at Rustic and Blue by the Sea.